The music must continue to show that life goes on, with a broken heart, but it goes on. It was difficult to perform this evening because the young performers were weighed down by heavy hearts: we all were. But this is our profession, our job, and so we must pay tribute to the people affected by yesterday's terrorist act in the way we know how - with music.

It is with these words that Master Diego Basso greeted us at the end of the concert: his first words went out to the 22 victims of the Manchester attacks who lost their lives the night before as they were leaving the Arena at the end of a concert.
The performers he is referring to are not just those of Il Volo whom he is accompanying on their Notte Magica on European Tour, but also the 40 orchestra members he directed at the Royal Albert Hall in London. Yesterday’s terrorist attack affected these musicians in a much more personal and intense way as it was an attack on their own soil. Despite the terrible circumstances, the musicians performed with pride and determination, energy and professionalism that, as the Maestro says, hatred cannot stop.

I hope those who, at this moment, are driven to evil instead listen to music, and that the music achieves a miracle and stops all this terror. Hate is not stopped by war or other provocations. Music is what can bring the peace we all need.

Il Volo performed an engaging show in London. The trio, who for many years now has been bringing the best of Italian music abroad, had the opportunity to perform in the most famous of London music temples, on the very stage where the greatest performers of the twentieth century have played: Bob Dylan, Ella Fitzgerald, Frank Sinatra, the Queen, Jimi Hendrix and Luciano Pavarotti, just to name a few. But there were not only compatriots helping the young performers keep tempo and accompanying them as they performed: the classics of Italian music, O Sole Mio and Libiamo ne' lieti calici from the Traviata warmed the hearts of the international audience and transported them to the Bel Baese.

We are inside the Royal Albert Hall. As soon as the audience leaves the theater, the stage is already being prepared for the next show. When silence returns, we have the theater nearly to ourselves and Maestro Diego Basso tells us how, four years ago, he met Il Volo. 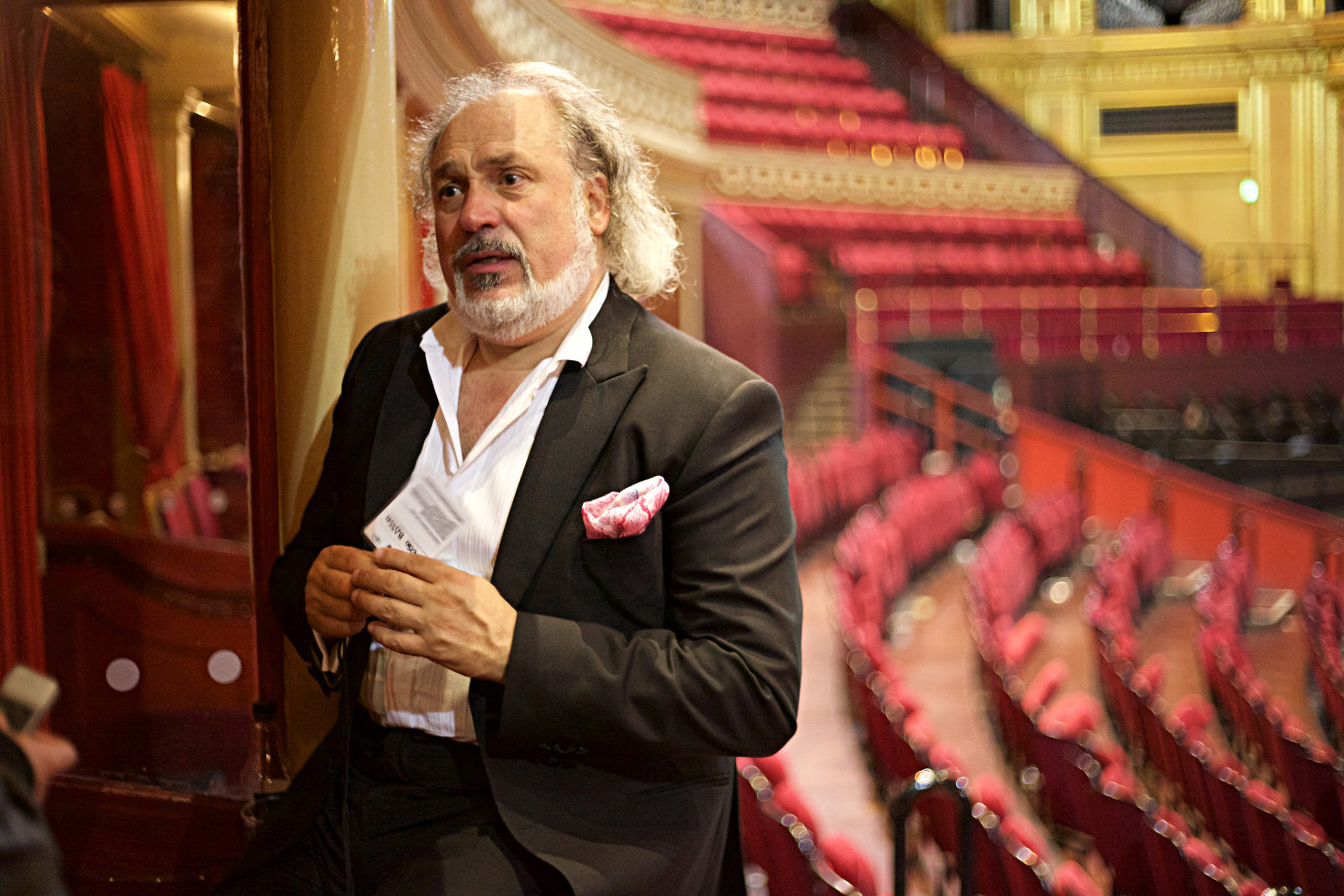 I was flicking through channels when I came across a broadcast where the three young performers were guests. I could not tear myself away – they grabbed my attention.

Soon after, the Maestro was contacted by Il Volo's manager and asked to direct a performance during the trio’s first Italian tour in 2015-2016. After the first concert, the Maestro’s intuition about the group was confirmed and he soon joined them for other performances during their Italian and North American tours.

We have developed a symbiosis, an understanding. Now we understand each other with just a glance: I know where they are going, what they are going to do next, what tempo they want in the songs.

The Maestro, who is joining the trio for the European stages of the Notte Magica tour, has witnessed the trio’s growth:

They spend many months a year away from home. Despite their young age, they have a maturity, a determination, a professionalism that makes them extraordinary. They have already achieved great success, performing in the most beautiful theaters in the world, in the most beautiful squares in Italy. They are well loved. I hope they continue like this, that they stay as great as they are, and that they work daily to achieve their new goals.

Maestro Diego Basso, who has traveled all over the world directing famous international and Italian pop musicians, such as Anastacia, Simon Le Bon, Cocciante, Morandi, Ranieri, is clear about how exciting it is for a musician to perform in the Royal Albert Hall.

This is one of those places that you hear constantly named, but where, no matter your story, you never thought you would have the chance to perform. The greatest in the world have performed on this stage. When you enter, you can just imagine the artists that you have revered and listened to your whole life walking these halls.
When you climb on to the stage you enter a sacred space – he continues - working with music means working with emotion, and if you are not excited by your work, it means that this profession is no longer for you.

We bid farewell this way, talking about how music is first and foremost empathy, how the success of a concert is strictly linked to the genuineness of the relationship created between the people on stage. “To communicate with the public, to excite them, to transmit positive energy, we must be ready to give to others, to exchange. We have been elected to do this work,” he concludes with a tired smile but one of genuine satisfaction. 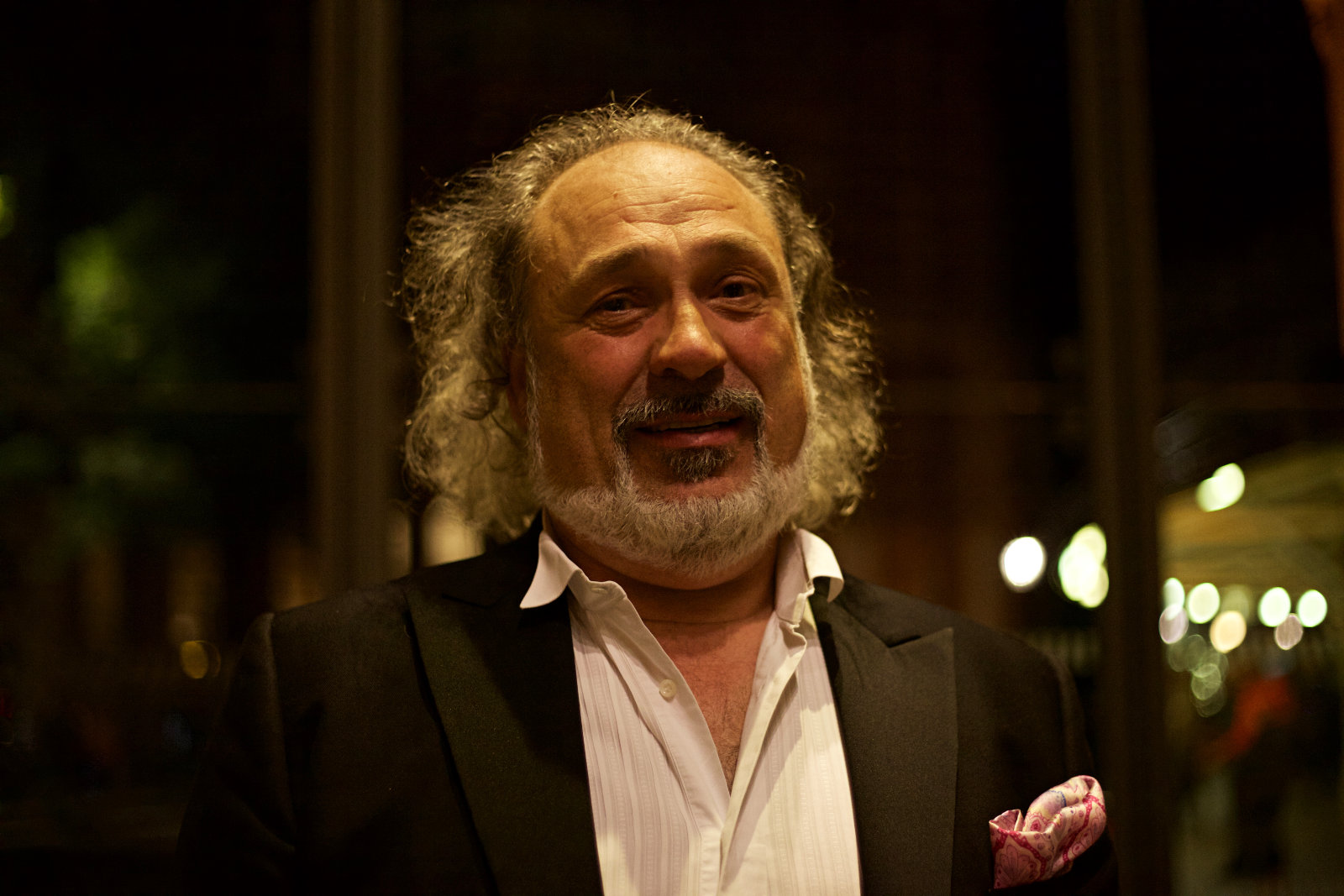