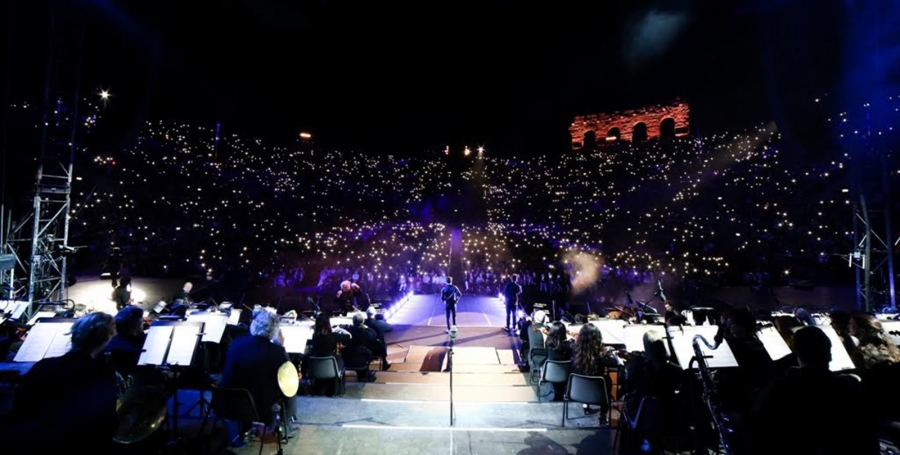 Il Volo closed their 2015 Summer tour at the Verona Arena. The concert was broadcast on Wednesday, September 23 during prime time on Rai1 in a show titled "Il Volo - An Extraordinary Adventure". The event was hosted by Carlo Conti. Many guest singers were in attendance.

Conducted by Maestro Diego Basso.
The concert includes tracks by Il Volo including “Aspetterò”, “Tornerà l’amore”, “Per te ci sarò” and “Il tuo sguardo manca”, as well as reinterpretations such as “L’amore si muove” and “Ricordami”. Also included are love songs that are part of the history of Italian music, which Il Volo has reinterpreted, such as “Io che non vivo (senza te)”, “La vita” or “Quando l’amore diventa poesia” (a touching reinterpretation of the famous 1969 song by Mogol-Soffici), and masterpieces like “Nel blu dipinto di blu” (Volare) or “Beautiful that way” (La vita è bella). International songs are also included, such as "The Best Day of My Life" and the sweet sounds of "Eternally" and "L’Amore si muove" written by Luca Chiaravalli and Francesco Renga, who adapted the song to create an exclusive version for the trio.

Info
This email address is being protected from spambots. You need JavaScript enabled to view it.